Free Shipping on Orders Over $200 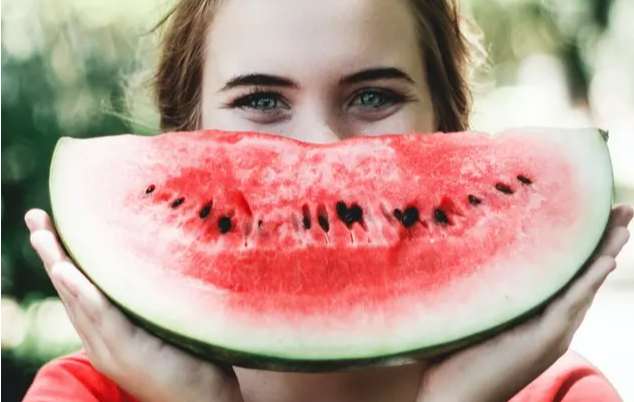 One of the criticisms of a plant-based diet that I’ve been read on pro-meat blogs is that excluding animal products may increase a person’s risk of psychological and mental disorders, including depression, by decreasing their cholesterol levels.

I’ve even seen the argument put by vegans, that people on 100% plant-based diets should eat coconut oil in order to prevent their serum cholesterol level from becoming ‘too low’.

There’s a familiar pattern to all such furphies: a physiological or biochemical fact is misinterpreted, either deliberately or through sheer ignorance, to spin a completely fictitious story.

Cholesterol is a structural component of the myelin sheaths that wrap around the axons of each neuron (‘brain cell’), forming the white matter of the brain. Myelin acts as an electrical insulator and conductor, speeding up the transmission of messages from one neuron to the next.

The cell membranes of neurons (the working units of the brain) and astrocytes (cells that support the neurons) also contain cholesterol, which helps them to maintain their shape and transmit electrochemical signals to one another.

However, since the protective filter known as the blood-brain barrier prevents any cholesterol that’s travelling through the bloodstream from getting into the brain, brain cells must make their own – which they’re perfectly capable of doing, using the enzyme HMG-CoA reductase to transform components of protein, carbohydrate and fats into cholesterol. There is also substantial recycling of ‘used’ cholesterol in the brain.

Hence, even the strictest vegan’s brain is amply supplied with cholesterol, regardless of how low his or her serum cholesterol may be, and whether he or she eats coconut oil. In a nutshell (or a peapod, perhaps?), low serum cholesterol does not cause low brain cholesterol.

Furthermore, the function of neurons is impaired just as much by an excess of cholesterol as by a deficiency of it. For example, the brain cell membranes of people with Alzheimer’s disease have been found to be overloaded with cholesterol. In addition, there is a substantially increased risk of Alzheimer’s disease in people who carry the ApoE4 gene variant, which increases cholesterol production both throughout the body and in the brain.

Cholesterol apologists often cite studies linking a low cholesterol level with a higher risk of suicidal thinking, to support their contention that cholesterol is a nutrient that we should all be eating.

However, the connection between suicidality and cholesterol has been questioned as findings are inconsistent.

The weight of evidence indicates just the opposite: higher serum total cholesterol, LDL cholesterol and triglycerides are found in people suffering from depression and bipolar disorder, especially bipolar depression.

For example, a study published in June 2019 by German researchers compared blood lipid levels in people who were suffering from a major depressive episode, people whose major depressive disorder had remitted, and healthy controls who were free of depression.

Not only did the German team find that LDL cholesterol levels were higher in people who were currently suffering from major depression, but those with the most severe depressive symptoms (as measured by the Hamilton Depression Rating Scale) had the highest total and LDL cholesterol and triglycerides.

And in 2018, a Brazilian research team found that young adults suffering from depression with anhedonia – an inability to experience pleasure from activities that they had previously enjoyed – had a higher prevalence of metabolic syndrome (elevated glucose, triglycerides, total cholesterol and LDL cholesterol, accompanied by decreased HDL cholesterol level, abdominal obesity and high blood pressure) compared to those who were depressed but not suffering from anhedonia. Anhedonia is considered to b e a cardinal symptom of major depressive disorder.

Most researchers believe that it’s both.

On the one hand, once people become depressed (and especially if they develop anhedonia) they’re less likely to exercise, and more likely to make unhealthy food choices.

The reward circuitry in the brains of people with anhedonia shows reduced activation in response to normal stimuli, which may drive them to overeat hyperpalatable food in a desperate attempt to wring some skerrick of reward signalling out of their unresponsive brains.

On the other hand, major depressive disorder is characterised by immune-inflammatory alterations that also occur in cardiovascular disease, insulin resistance and type 2 diabetes. The chronic inflammatory state generated by eating a Western diet-style and being sedentary may increase the risk of depression, just as it increases the risk of cardiometabolic disease.

In other words, what we think of as ‘mental health issues’ may perhaps be more accurately described as psychological manifestations of the metabolic dysfunction that arises when we don’t eat and move our bodies in a manner congruent with our species’ physiological adaptations.

When exposed to a Western-style diet (high in fat, high in protein – especially animal protein – and low in fibre, complex carbohydrates and phytonutrients) and a sedentary lifestyle, our blood vessels become atherosclerotic; our muscles and livers clog up with fat, destroying our insulin sensitivity; and our brains become depressed.

Of course, the balance of precipitating factors will vary for each depressed individual, and they become mutually reinforcing: once depression has set in from any cause, low motivation, fatigue and anhedonia conspire to make it harder to make healthy lifestyle choices, and the resulting poor nutrition and lack of exercise worsen the depression.

The poet Sylvia Plath graphically described the depression which ultimately claimed her life as “an owl’s talons clenching my heart”. While we wait for researchers to tease out all the intricate pathways which link diet and lifestyle choices to mental health outcomes, we can all take simple but powerful actions to either reduce our risk of becoming depressed, or to help ourselves (or those we care about) to loosen those owl’s talons.

Struggling to unclench the owl’s talons of depression from around your heart? A comprehensive diet and lifestyle plan, along with evidence-based psychological therapy, offers you the best chance of getting your life back. Apply for a Roadmap to Optimal Health Consultation today to get started.

For more information connect with Robyn Chuter at; https://empowertotalhealth.com.au/  or via her Facebook page, and LinkedIn.